Thoughts in the windows of time flashing,
Sitting, standing - however it may be,
The middle of the room not quite middle enough

Creep to the edge of dreams,
A finger in a mouth - picking about,
Tapping time away - looking down

Sunlight peeks through the curtain of clouds,
Steam trails rising - cups of warm mediums,
Dust collects the friends of neglect on all we are

Music plays - ripples of sound in time,
Hearing, heard, hardly,
Stands to hold the contents of our lives

Thoughts - again the loving lassoing of the fleeting,
Bodies coalescing - reminders of flesh's mortality living upon us,
Harmonizing lines blending the energies of two or more

These things I do see,
See these things do I,
Eyes do not - and the heart will.


at 12:16 PM No comments:
Email ThisBlogThis!Share to TwitterShare to FacebookShare to Pinterest

I feel compelled to write today, this morning. Those that know me see a non-serious side in my daily doings. Those that read, perhaps this blog, get a sense of a serious side, spiritually evolving in its discourse.

As I eased into a content space post-breakfast at a local cafe favorite of mine, I was drawn to the television. On it the Olympics were unfolding. Generally I am avoidant of overtly sensational on-goings, and yet the way the figure skating pair moved spoke passion to me, my perceiving and curious consciousness. I was transfixed. There could have been a fire in the corner of the cafe and I would have looked, shrugged indifferently, and returned to the flowering plant of passion on display.

The way he moved and she followed, begging a transition to her lead and his following. Their bodies, speaking words only partially explainable in terms of written English, coalescing over and past one another - mirroring a beautiful process in blossoming flow. The enraptured look on their faces as they completed a series of complex, rehearsed movements, the euphoria it conveyed - temporarily invulnerable - appearing to be in a state of shared bliss.

Bliss, that undying fervor in singular pursuit of that which entices. The way it follows, cascading down the hill, skidding to stand erect and confidant upon the doorstep of opportunity: mind tucked and heart open. Risk, a non-thought easily set-aside for the juncture that could ensue. This is me, to a degree, and you as well? Are we all not driven by some sort of passion? Some put-your-thumb-on-it-and-know-it-to-be-true situation we would gladly throw ourselves into.

I pause, remarking at these statements, the facts I say are true for me. I am a passionate person, yes. And, while I have an easy-going nature going-on with my general demeanor, I am deeply driven to explore the caverns of a shared vein of rapture with a woman. Trusting that they will meet in parallel ways and in the resulting explosion of colorless sights, liberated emotions and bliss, that all will be right despite the world's propensity to implode around us.

Perhaps this is what blinds me to the energy I give, often expecting nothing in return, knowing that I have been given to, and thus I can give, give and give again to feel still full and content. Though, where is the line, the burst in the pipes, the breach in the dike? And, how shall I negotiate it?

A habitual line-crosser, I feel I have a large expanse of comfort for being out there.

"He lives in a van down by the river." Kevin, the security guy at the hotel attached to the building I work in, says. He enjoys announcing to bystanders that I live in a van, which is subsequently close to the river, yes, though not quite by it per say. Alas, the zeal and thirst for what life contains, explored through the medium of a movable, metal rectangle on wheels, this is what I crave.

It feels like I could explode some days, with joy, with a fucking awesome feeling of love for the opportunity that I have. Sitting here, I realize I wake up each morning and that I'm am so fucking fortunate to be alive again! Sure, we control a portion of our lives, and then, there is this undetermined, trusted part that is. Intuition speaks, and I'm learning to trust as my listening and understanding to the wisdom being shared in whispers under my conscious thought evolves.

Last night, as I was rushing to change after work, mentally tick-tocking the timer of performance's measurement, I noticed a subtle, guided assurance that I would have time, despite the clock - human's feeble tracking of the mundane. Caught-up in my fury, my tornado of faux Ego-derived expectations, I finished my wardrobe adjustment and was on a quick jog down the hall to catch the shuttle bus down the mountain only to find it hadn't arrived yet. I heard and I didn't fully trust.

Such is the unfolding joy of another night, another day of living. I sit here, supposing I'll never be short of opportunities to marvel at the magnificent proportion of life that I can and never will control. So much is out of my fathoming - what a relief! Thank you for this bliss.

Your love continues, day after day - despite me, my faults, my erroneous lenses - and through your love I am learning. 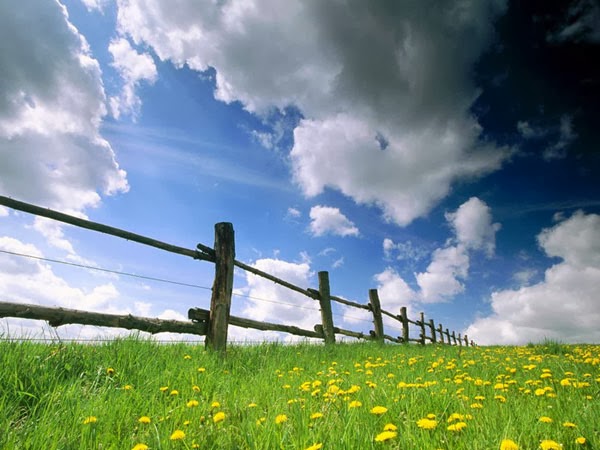 at 2:32 PM No comments:
Email ThisBlogThis!Share to TwitterShare to FacebookShare to Pinterest

Losing a Sole: overtones of hard to easy

One never seems to imagine the day they may lose their sole; nor how they would react. So too, was this experience for me.

The wall facing me each day before I commute to work looked slightly different today. A heavy dosage of continuous snowy weather inundated the area I call home for winter, netting some 2 feet or more of accumulation in 48 hours - sending connoisseurs of the powdery stuff scrambling for an opportunity with Mother Nature. Perhaps that is why the 3 miles of bike path between my van home and work was not plowed; that, or the pressing needs of the township were not primarily concerned with secondary recreation trails.

Nonetheless, when one sees a figurative wall, their mettle either dictates an impulsive retreat or an intuitive idea to move up and over, around, or through the wall. There exists a quote to this effect that my mother used to have taped up to the cupboard in the kitchen, and I never imagined how it would inspire me later in life. 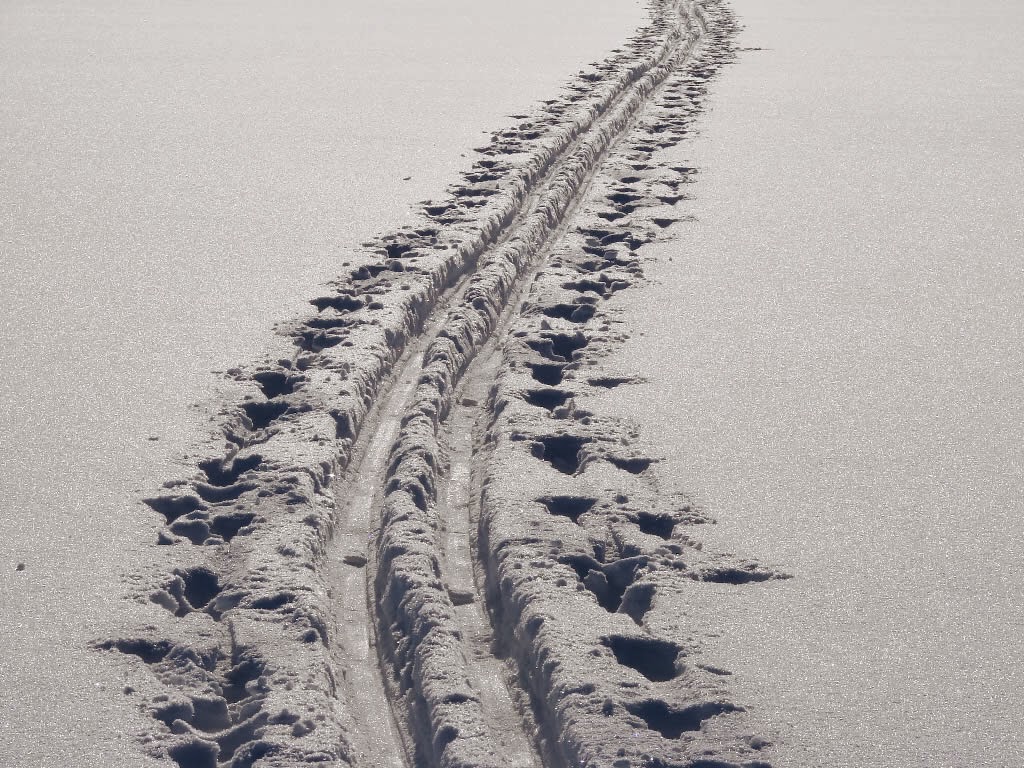 A bike ride was out, the snow far too deep; why not ski to work? A simple, adventurous idea. Yet, a solution to moving past the wall I was faced with. Driving to work was just too easy. I have lived long enough with myself, knowing that I find a certain pleasure in submitting myself to challenging situations. The overtones of this ring true to my relationships - how I push them, straining the other and myself , as to see how they can stretch, grow, and still have an unparalleled strength. A loving bond that stands tall like a robust tree, mindfully swaying and not breaking in a strong wind.

The late 80s model of Rossignol cross country skis, skinny and long, on my booted feet wait my input. A gift from my brother-in-law, this is the first season I have used them - thus, the manner in which they will function, and for how long they will for the distance I intend to go, is a gamble with the faceless unknown. These things, though, do not cross my consciousness; it is only through reflection that I realize the extent to which I trust blindly in the great power watching over - or is it also just a general trust in life?

Two days prior, leisure was the course of my afternoon. Despite the general lack of sleep from late nights with a kindred soul, I was fully feeling stoked on another day of blessed life. The idea of walking through the snow to a friend's house and back to do laundry and hang out seemed foolish. Out came the skis from the rocketbox atop the van, on the boots went - purple in their throwback memories to the scene of 1980s cross country ski touring. Off I went, gliding, rekindling knowledge of the technique necessary. My legs and arms feeling strong as they created momentum; my mind clear and excited about playing in the snow; my spirit soaring. All seems literally forward moving, until my sole gives away.

The certain wall of tomorrow's time faces me. I am tripping into the future, and now I am without sole. What will I do?

Again, that blind trust in life. That, what will happen, will happen! I intended to ski to work the next day, and now my boot sole is completely beyond repair. Seeking and succeeding to not create self-limiting thoughts, I register nothing on the topic. To take the harder road and be in the present moment, occupied with a conscious silence that comes easier with patience and practice.

Intuition speaks, I listen. That guide that insinuates and accentuates loving and accepting moments of uncertainty. Leaving me to know rather than create, I hear and preview my options ahead: tomorrow, I will look at the local thrift store across the street, and if not there then the gear store next door. Somehow, something will work out! Thrift store to gear store and back, I settle on the cross country ski boots one size too small - figuring to make best with what I am blessed to accept.

New sole intact, I surmount the wall of today's challenge. Registering a grateful, conscious presence within me for how things just work out.

The day passes, and with the few hours remaining before sleep - that blissfully unconscious communication with the infinite - I take the time to type, pulling down fleeting thoughts that carry a resounding overtone of gratefulness for great-full moments in life.

Thank you, once again today, for your love.